Ophidiophobia, otherwise known as the fear of snakes, seems to be common among people of all ages. I’ve always wondered if this was a natural survival instinct that most people were born with and that those who do not fear snakes simply learned to overcome it at some point in their life. However, after running an activity involving two snakes at the Meridian club, I’ve determined that this is not the case.

Last Thursday I went to work with more than just my whistle and water bottle. I was preparing for a new activity and carried with me two containers, each housing a snake. In one container was Snickers, a sixteen-year-old, three-and-a-half foot ball python, which I’ve had since I was in sixth grade. In the other container, I had Wrigley, a two-year-old, two foot Albino Peppermint corn snake, belonging to Becky, who is taking care of Snickers while I’m living at BSU. When entering the building, I quickly slipped into the break room to set them down until later in the day.

By the time first rotation began, I had already set up a place for the snakes in the STEM room, complete with a sign reading “Snake Social” and labels indicating which container contained which snake. I was excited to show off my pets, but I was also nervous; I didn’t know how the kids would react. Would they be terrified? Would they be excited? I didn’t know what to expect, especially since 1st and 2nd grade was first in line at seeing them.

The next age group, 3rd and 4th grade, was very similar. The only difference was that a few of them either didn’t want to touch the snakes or were hesitant at doing so.

The last group, the 5th through 7th grade age group, entered and I noticed that they were more equally divided and at much farther sides of the spectrum. There were those like from the previous age groups who thought the snakes were interesting and cool. There were those that told stories about owning snakes and other reptiles themselves. And there were a few that made their way to the back of the room, away from the snakes and the crowd. Those were the kids that seemed the most normal to me, the ones that were afraid to even be near the containers. Once I started going around with the snakes, these kids either refused to touch them or gave a quick, little poke before retreating back to the walls of the room.

This behavior wasn’t strange to me, I sort of expected it. What surprised me was that I didn’t see any kids like this in either of the younger age groups. It made me question whether or not fearing snakes was a natural thing, and have decided that the behavior is learned. The 1st- and 2nd-graders weren’t afraid of the snakes because they didn’t know any better. To them, Snickers and Wrigley were just different, but normal, pets. With 3rd and 4th grade, only a few had been taught that snakes were to be feared. In 5th through 7th grade, the number of kids that have been taught this is higher, which makes sense because they’re older and have had more exposure to different things than the younger kids. The point is, those that are afraid of snakes have been taught by someone or something in their life, whether that be a bad experience or something in the media, to be that way.

For this reason, I believe it to be important that we, as an organization that fosters the growth of youth, share experiences like these with the kids that attend our clubs. It is important for youth to have the ability to understand the beauty and fascinating nature of snakes and the opportunity to see new things to broaden their horizons. 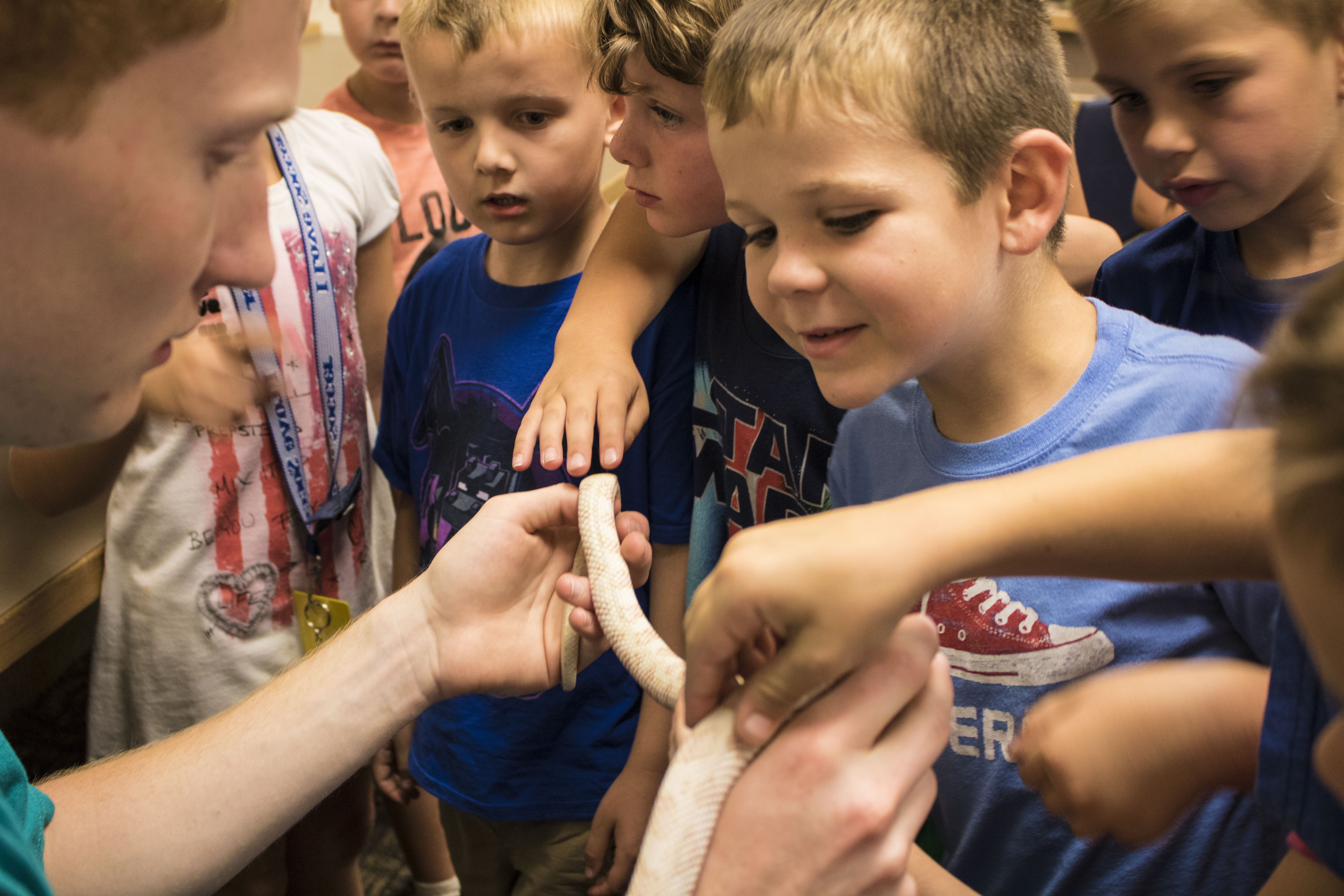 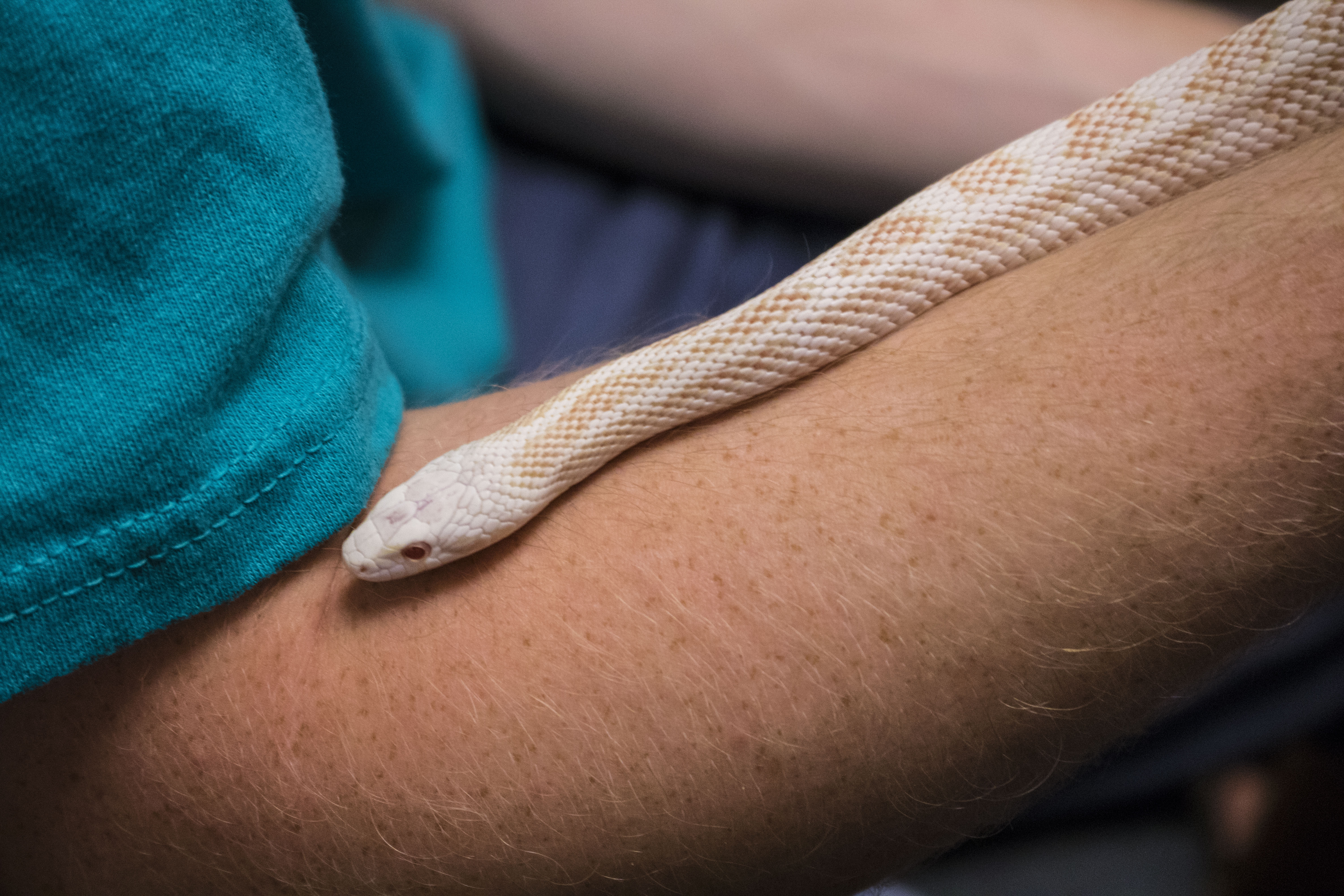 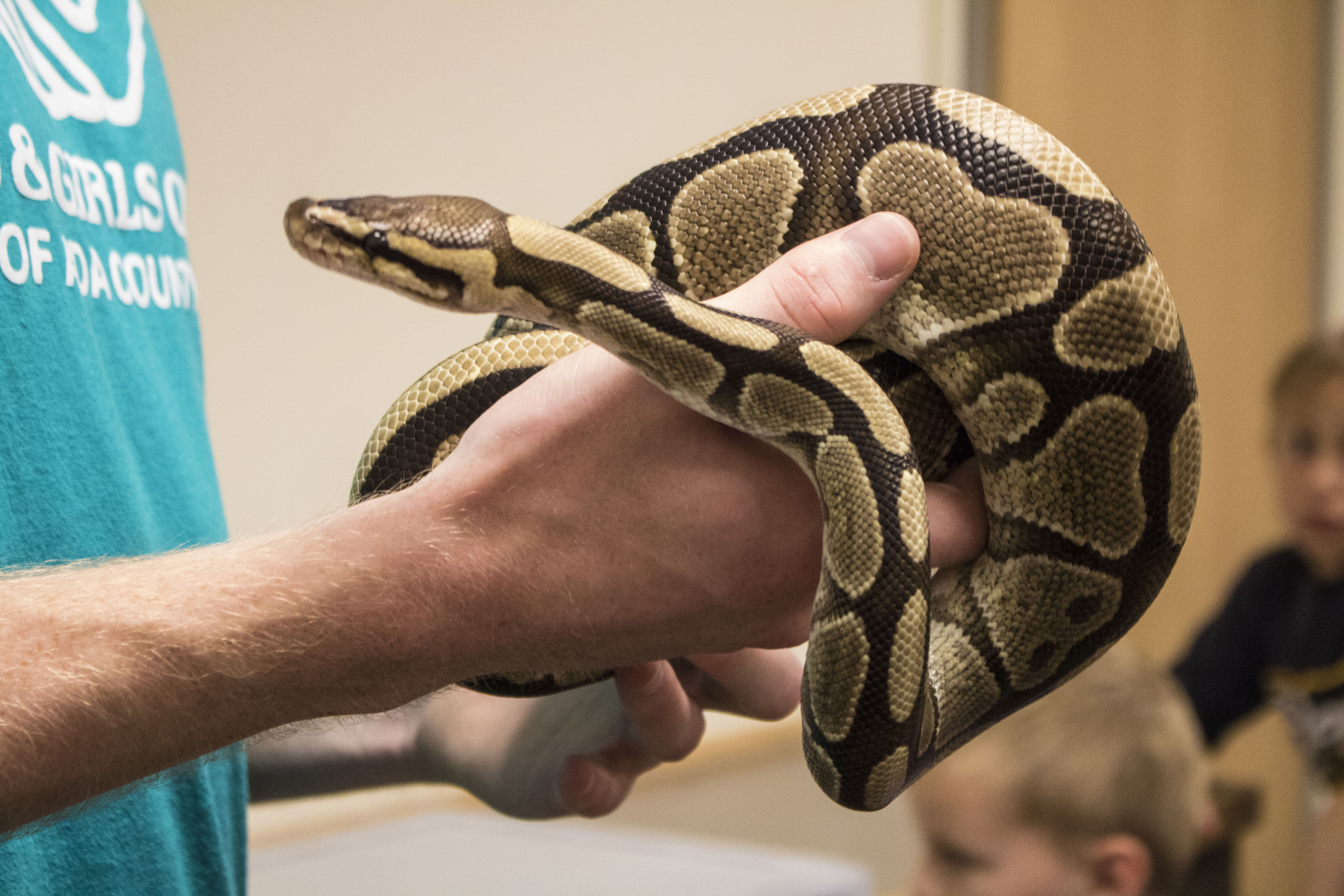 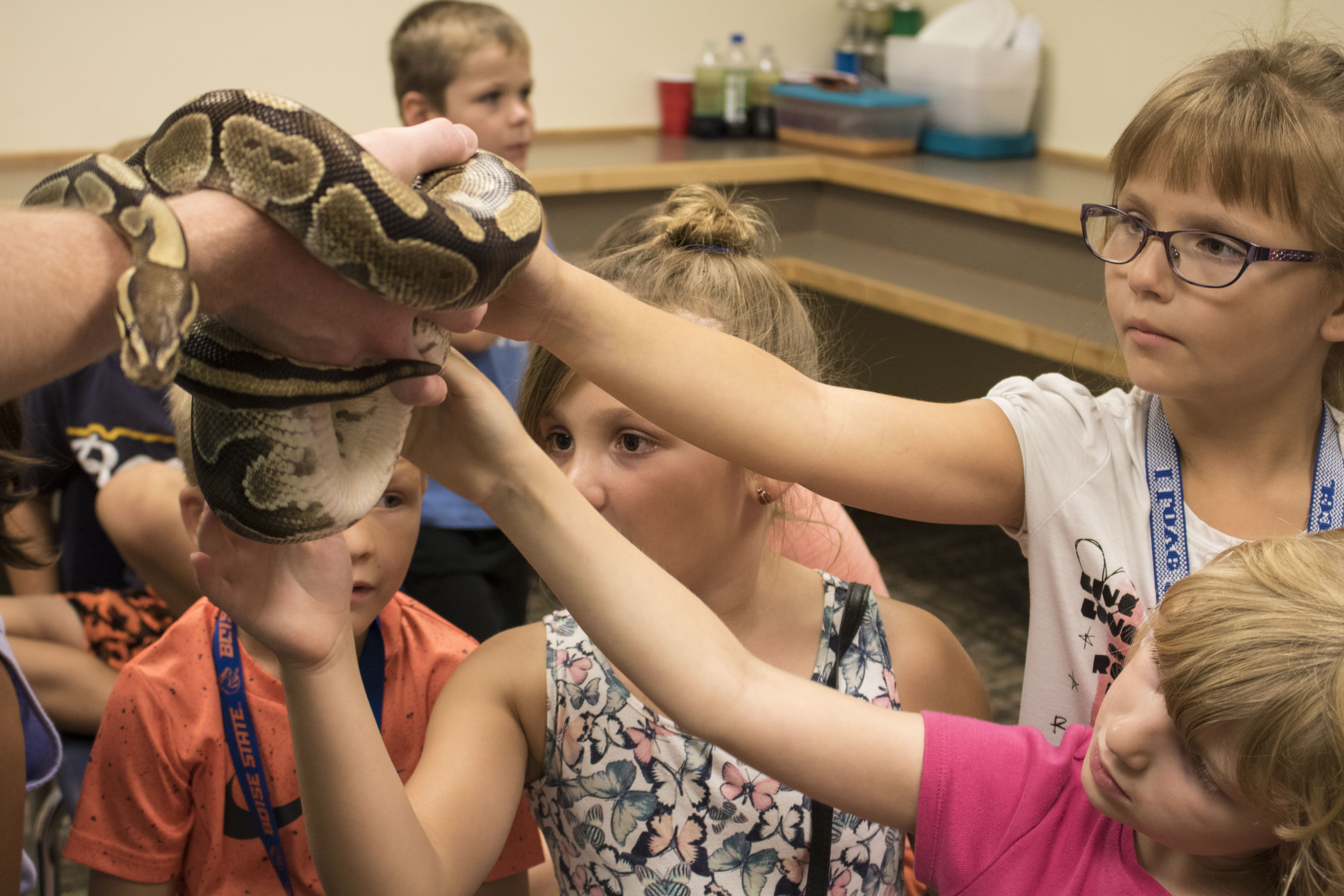 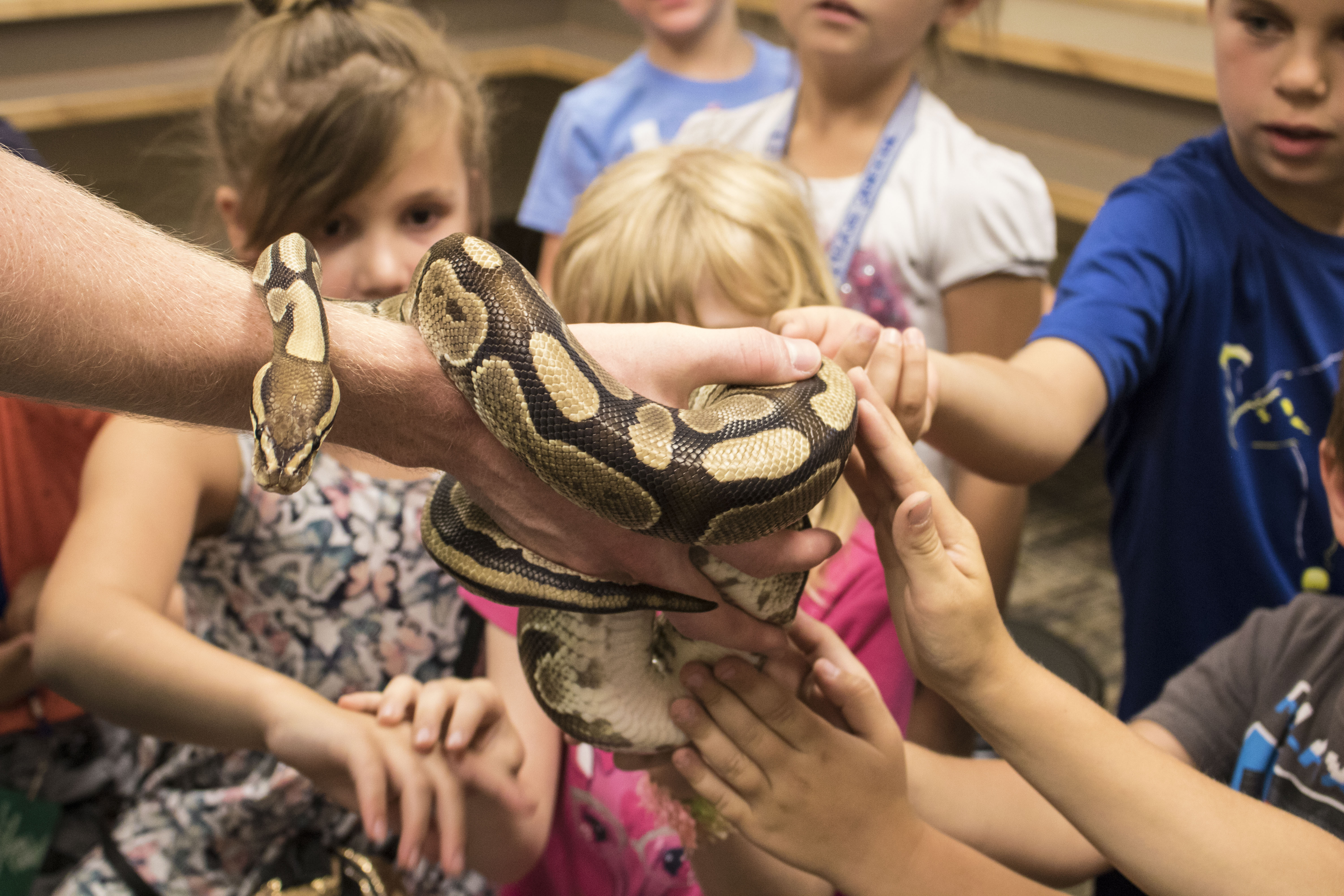 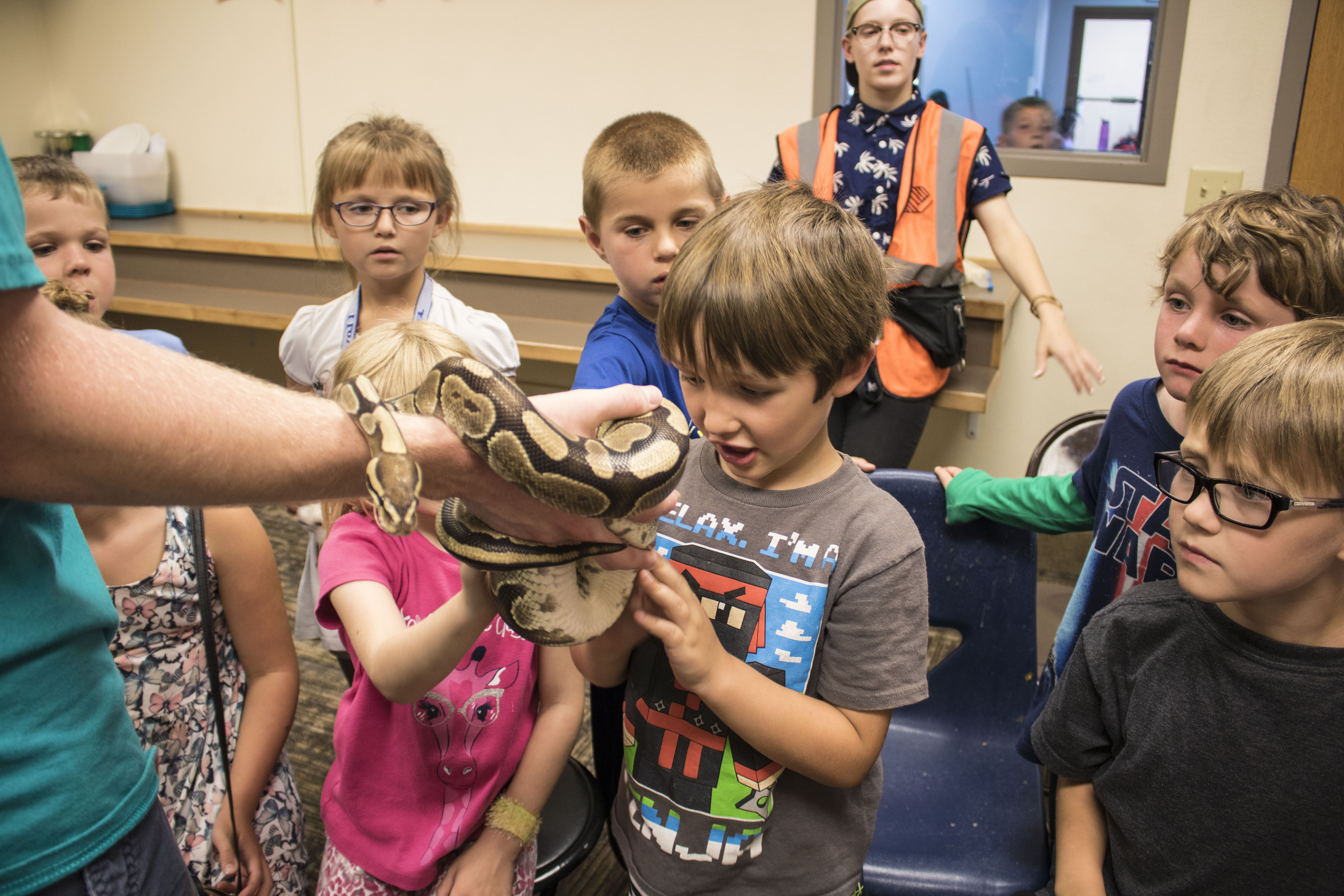 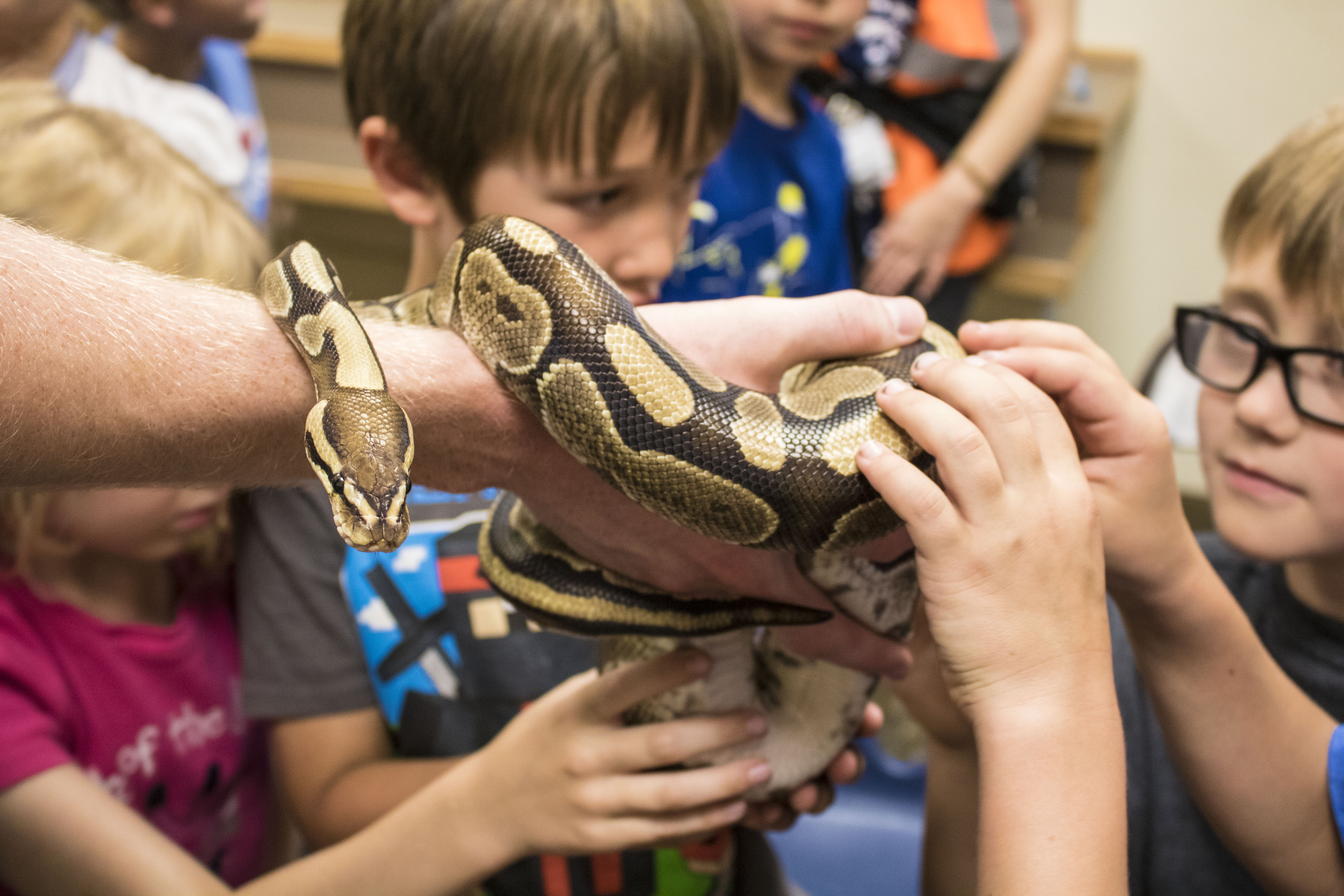 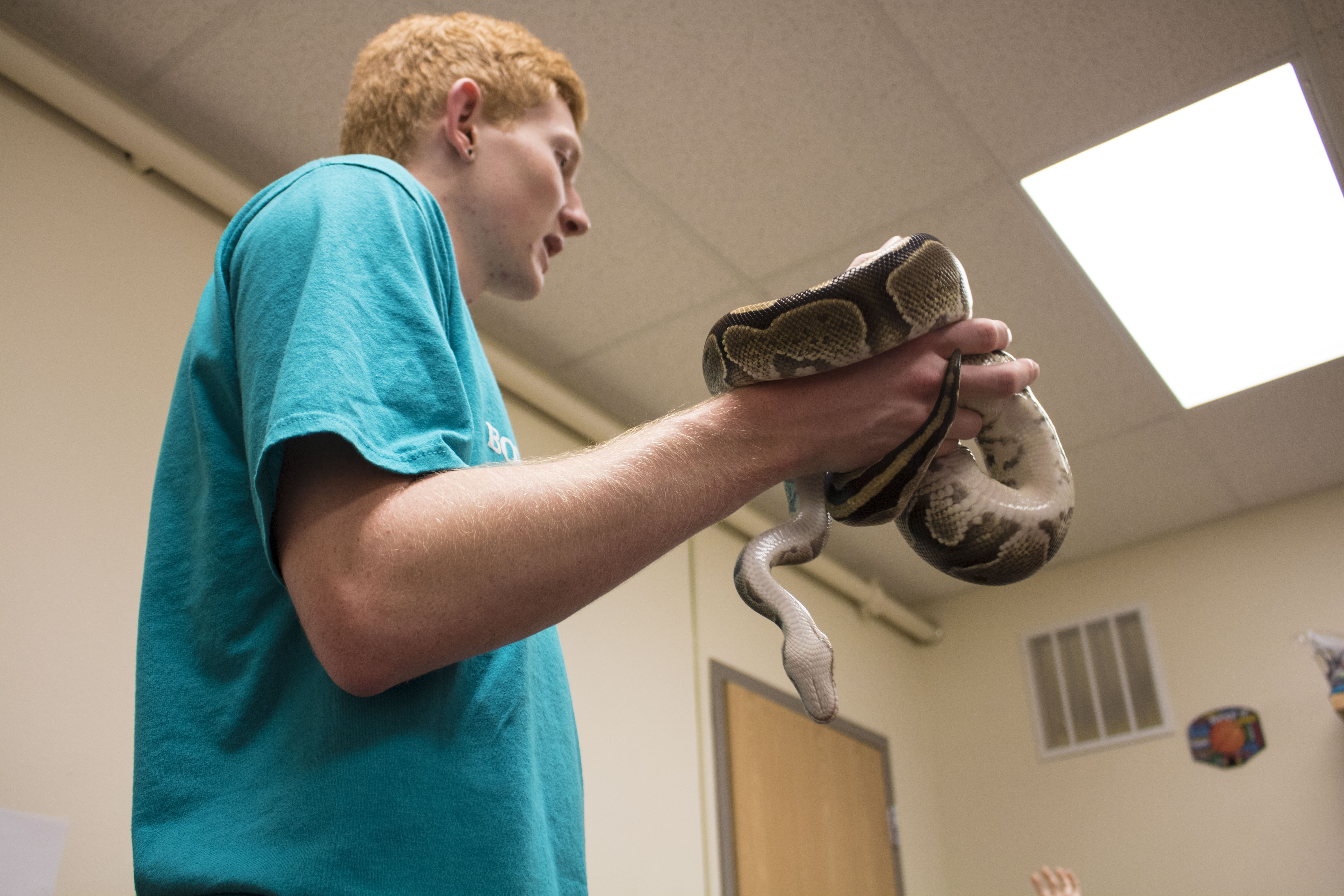 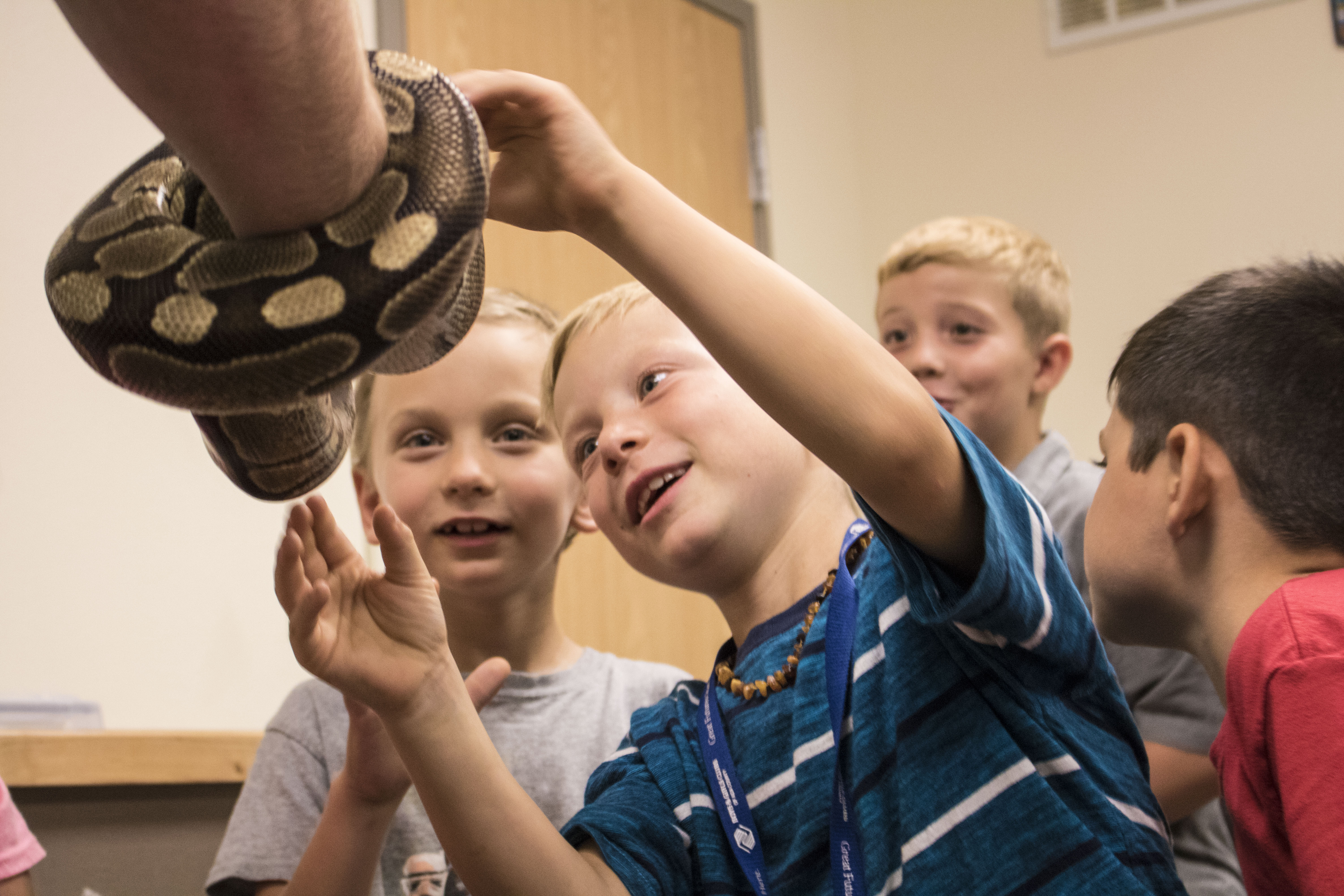 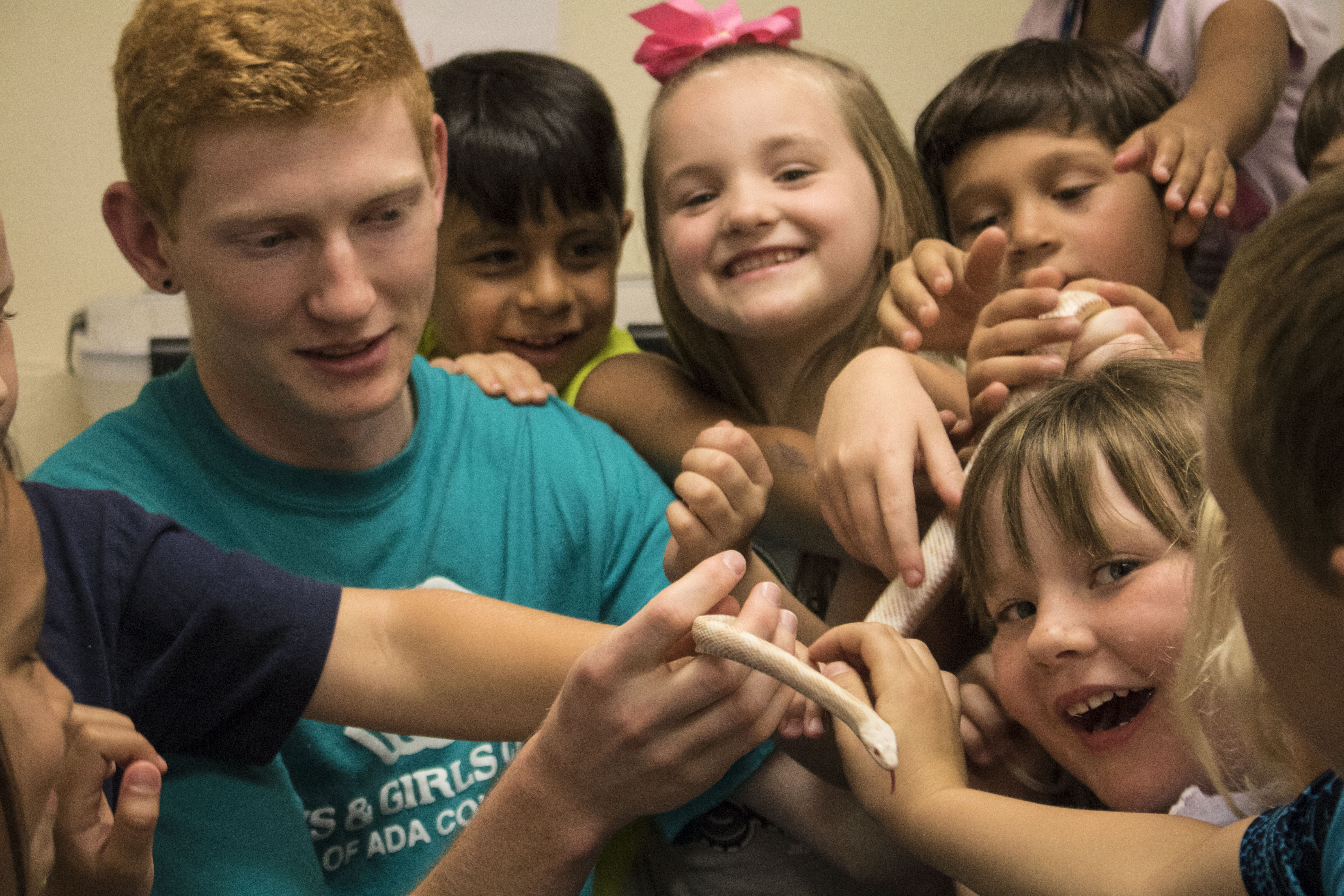 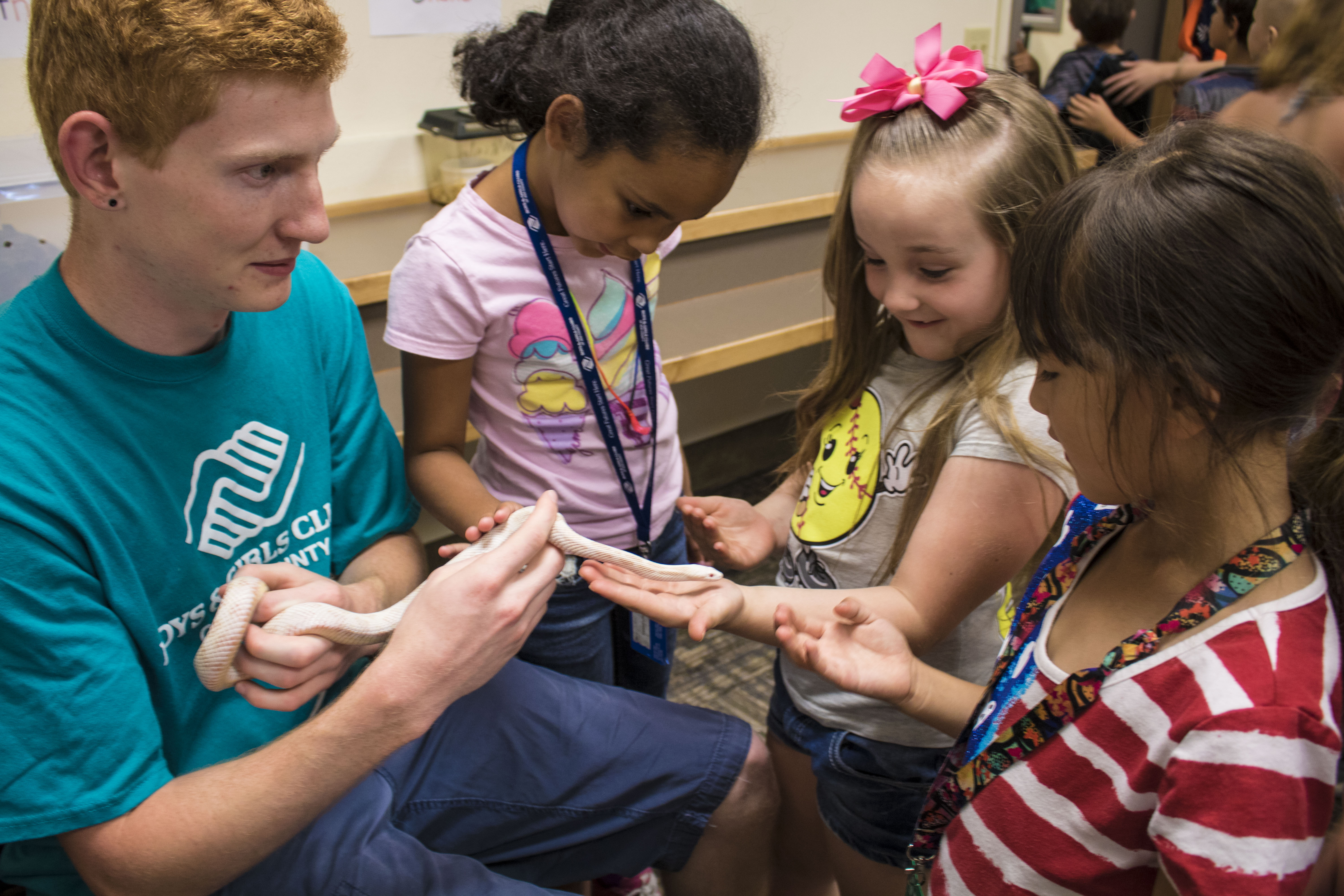