Did you know that we provide safe transportation to select schools throughout Ada County? Youth Development Professional, Hannibal Miksis, has been involved with the after-school transportation from Pierce Park Elementary School to the Garden City Club since January. He safely supervises our 20 Pierce Park members every day after school while they wait for the bus together.

“I love going to Pierce Park every day because the school staff are very polite and I have a close bond with the kids. The kids will always tell me about their school days, what they did at recess, any school plays or track meets that are happening, and they sometimes have projects they need to take home. Last Friday when I went to the school, 2 of our members, Tayler and Chelsea, were holding cooking trays. As they got closer to me, I was able to see what was on the cooking trays–giant raw cookies in the shape of Idaho. There were licorice ropes and little chocolate drops on them too and when I saw them I was very intrigued to hear what they were.”
Tayler and Chelsea were more than happy to share their social studies project with Hannibal! They explained in detail how each candy represented a geographical feature of Idaho: the licorice ropes represented rivers, the chocolate drops represented mountains, a blue M&M represented Boise, and another candy represented the Craters of the Moon National Monument & Preserve.

“What stood out to me about this project besides its overall creativity, was how well they could tell me what each candy represented. I had never done anything like that when I was in elementary school but I wish that I had because it would’ve been really cool. They even told me that when they go home they can bake their cookies and eat them. A very good project idea in my opinion!” 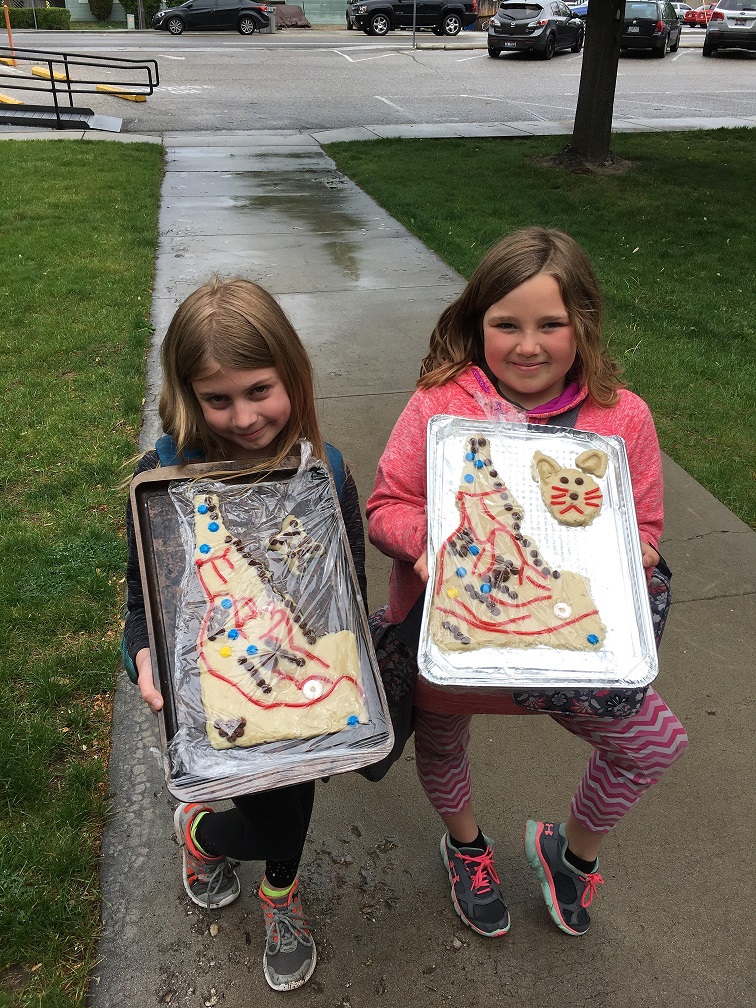