The latest trend that’s taken over the Club is the Fidget Spinner! Hannibal Miksis, Moseley Center staff member, says he first heard about Fidget Spinners when only a handful of kids talked about them, but up until recently, they had largely remained a mystery. It wasn’t until he saw some of the kids playing with them in the Games Room that he really understood what they were.These hard plastic toys have three rounded ends and balance on your finger as you spin them around.

These hard plastic toys have three rounded ends and balance on your finger as you spin them around. Kids are attracted to them because of their various colors and the tricks they can do while spinning them. By the end of April, just about every kid at the Club seemed to own one, and they had overtaken the Club!

“One of my favorite memories involving Fidget Spinners happened when I was leading an assembly amongst the 4th-6th-grade kids,” says Hannibal. “When I was done with my announcements, to keep their attention I said, ‘If you can hear my voice, say ‘Fidget Spinner!’ All of the kids then repeated back to me, ‘Fidget Spinner!’ I then asked who owned a Fidget Spinner. Once I said this, about three-quarters of the 4th-6th graders held the toy up and spun them on their fingers. That is when I actually saw just how popular these toys had become!” 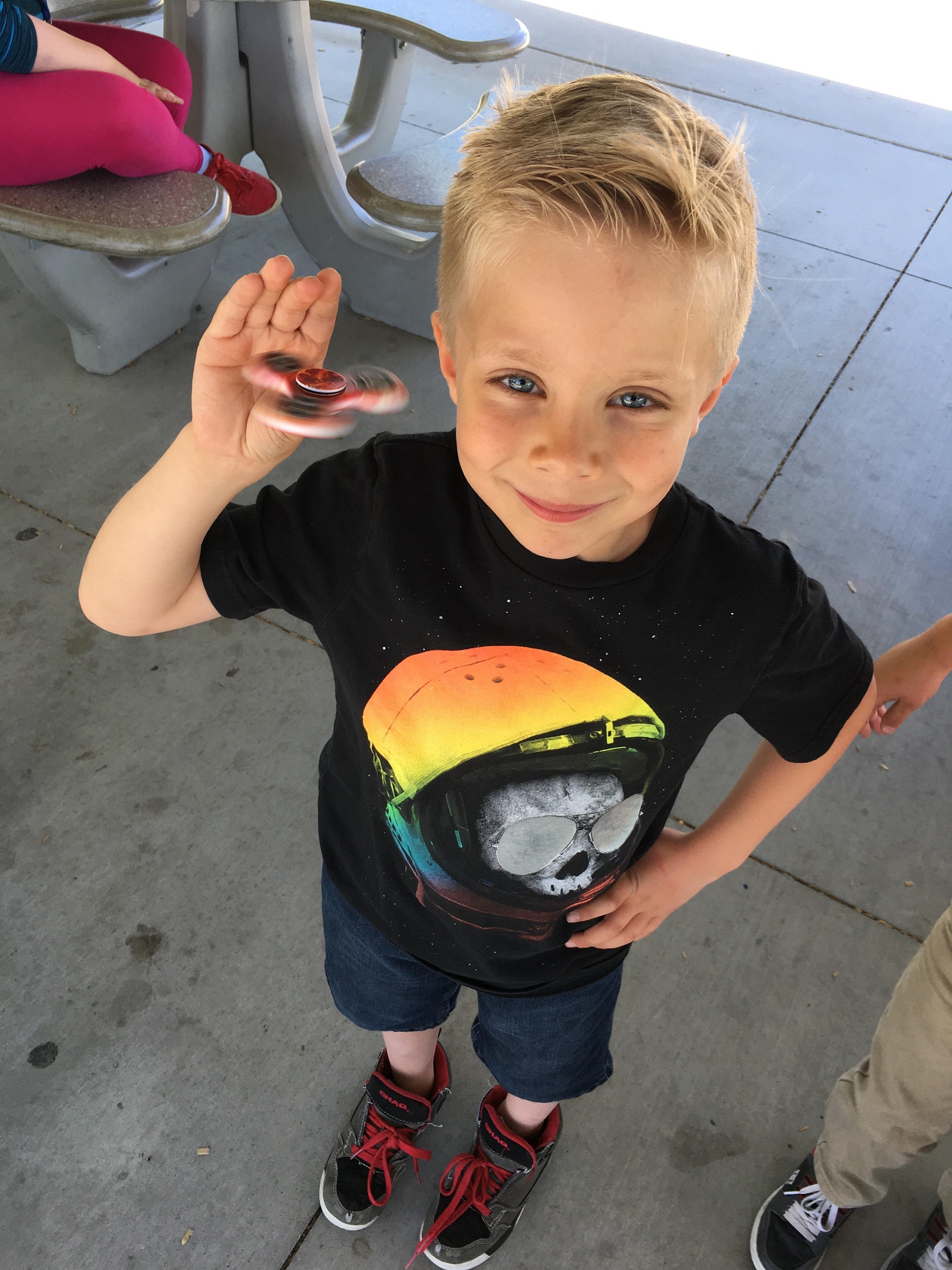