This past weekend, our teens were invited by Garden City Police Department and Idaho Mountain Guides on an outdoor climbing field trip. Hannibal Miksis, Moseley Center staff member, volunteered to help because he’s always had a blast rock climbing! He and 4 of our lucky teens set off from the Garden City Club at 8:00 AM for Black Cliffs near Lucky Peak. Doug Colwell, an owner of Idaho Mountain Group, was their instructor for the day. Some officers from the Garden City Police Department were there to help too!

Doug set up the ropes on the two climbs, and one of the police officers belayed for the kids. Each kid took turns climbing up the cliff while all of the other kids and officers rooted them on. The kids really fed off the positive cheers and they all reached new heights when they were climbing. One of the kids, Chris, climbed to the top of each cliff multiple times. The way he climbed blew everyone away because he climbed so quickly that at times it looked like he was Spider-Man climbing up a building! The group climbed for about 4 hours, only pausing briefly for lunch, and all the kids got to climb each cliff multiple times.

Hannibal said it was really great being able to hang out with the kids outside the Club and seeing them have fun with Doug and the police officers.

“I was happy that I got to climb too and it was cool hearing the kids cheer me on as I was making my way to the top. I’m really glad I agreed to go on this trip and I hope I can go on more!” 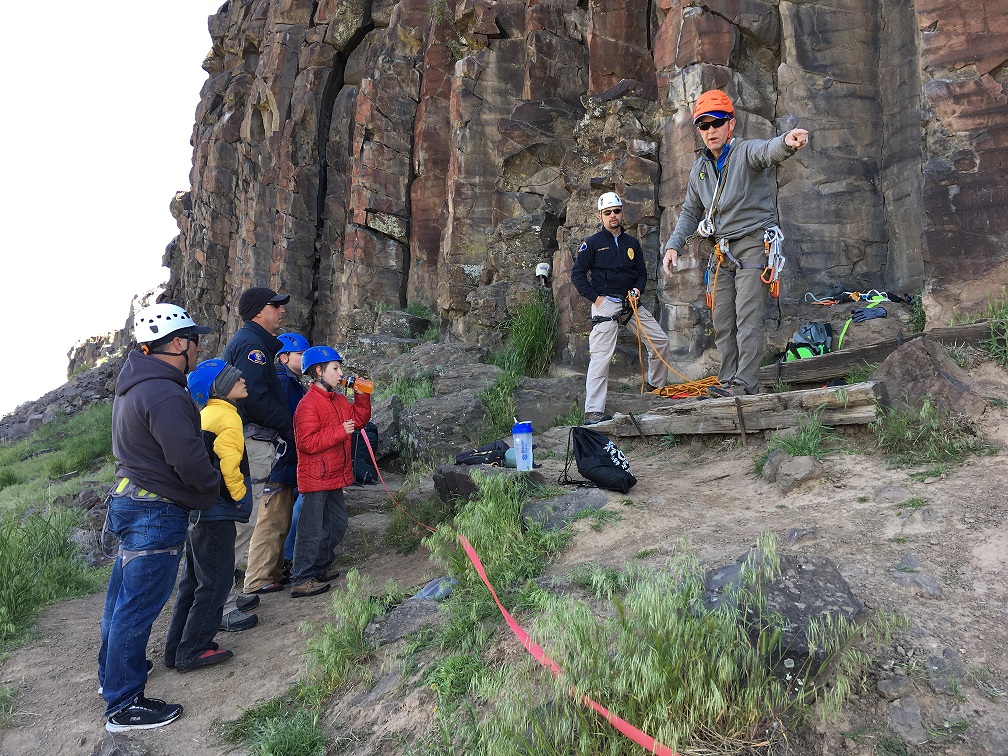