A Drawer Full of Cards

I have worked at the Boys and Girls Club for over two months now, and so far it has been a great time! Getting to know all of the kids and becoming friends with them has been so much fun. I work in the Games Room and after some days it can be a mess after all of the games get put away. In one particular drawer, there is a miscellaneous assortment of cards that is always messy.  On Friday, some of the kids decided to organize them. This was the first time I had not asked them to help me organize anything–they did so all on their own, which really meant a lot to me.

The memorable thing that happened was looking over the counter and seeing how they were organizing the cards. The kids all worked as a team to organize the different cards in piles across the counter. While one of them removed cards from the drawer, another kid would take them and put them in a pile. Another kid helped with this and then put a rubber band on the card stack when it was complete. I made sure to reward each of them with Club Bucks because they did such a great job, all without me asking them to do it! 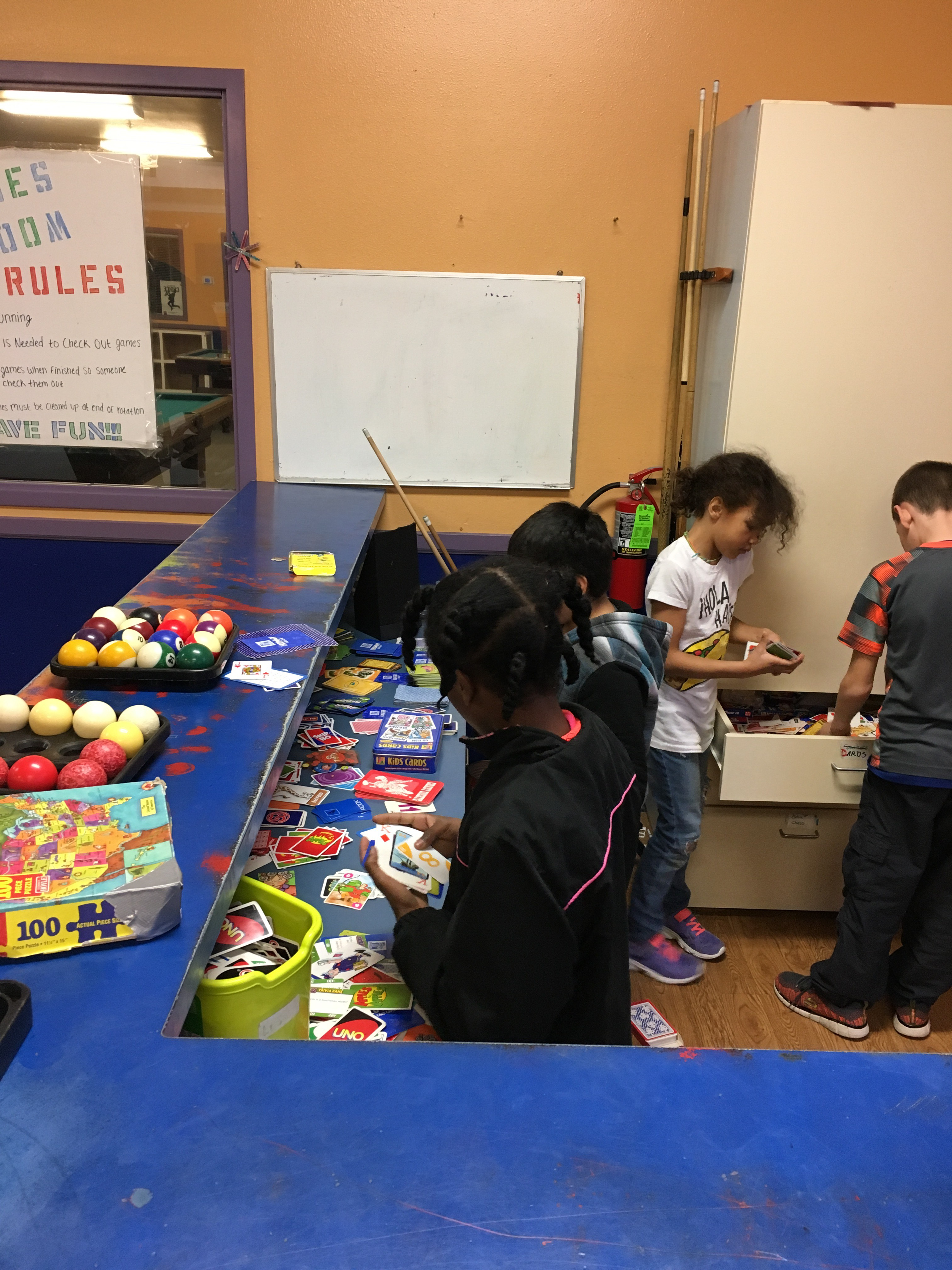